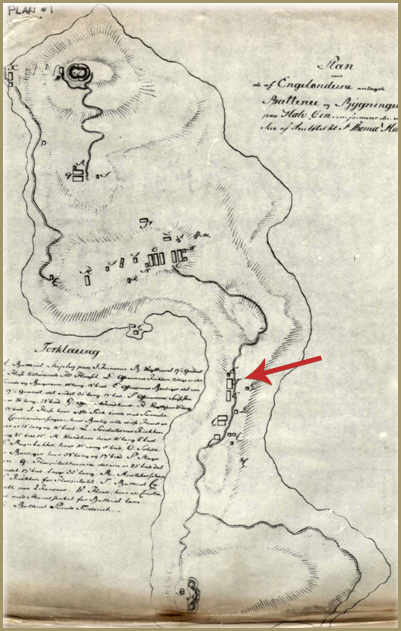 The Officers’ Quarters were among the many structures constructed on Hassel Island in 1801 for the first British occupation during the French Revolutionary War.  These structures were also utilized by British forces during the second occupation from 1807 to 1815.  The complex included quarters, an officers’ mess, a kitchen, cisterns, and a smithy.

These historic Danish survey maps record all of the structures that remained on Hassel Island after the first British occupation.

The arrows point to the location of the Officers’ Quarters. The map below illustrates the peninsular geography that existed until 1864. 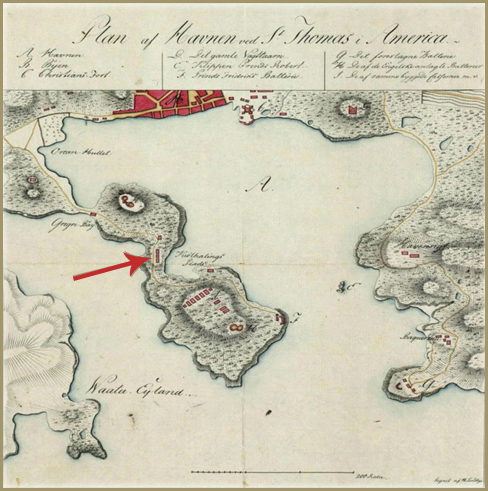