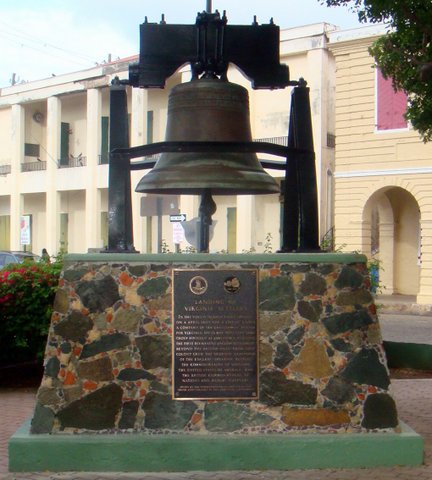 The historic record lacks detailed documents for the early history of Hassel Island, during the 1600s.  It is known that in 1607 Captain John Smith, on his voyage to establish Jamestown in Virginia, stopped in the harbor to obtain wood, water, and also collect sea turtles.  His diary notes it as a “fine place”.   A plaque commemorating the visit is located in Emancipation Park in Charlotte Amalie. (See image below.)

In 1650, Prince Rupert, with an English squadron under his command, entered the harbor.  His ship struck what is today known as Prince Rupert’s Rock on the east side of the harbor entrance.  He supposedly took his ship into what is now known as Careening Cove for repair.   The land came under Danish ownership in 1672, as they colonized the present day Virgin Islands under the Danish West India Company.

In the late 1600s, St. Thomas was a safe haven for pirates and privateers.  The British burned the pirate ship La Trompeuse, which was under the protection of the Danish governor, in the harbor in 1683.  Under pressure from the British government to cease abetting pirates and privateers, when the famous Captain Kidd arrived requesting permission to land in 1699, he was refused.

Hassel Island had 10 recorded owners prior to its purchase by James Hazzell in 1784. One of those owners, Jacob Magens, his wife, and his cook were murdered in their home on the island in 1773, and their collection of silver was stolen.

Because of its thin soil cover and mountainous terrain, Hassel Island was never a prosperous agricultural estate.  Most of its income was derived from the repair of ships in Careening Cove, a protected anchorage in the middle of the island on the eastern side. 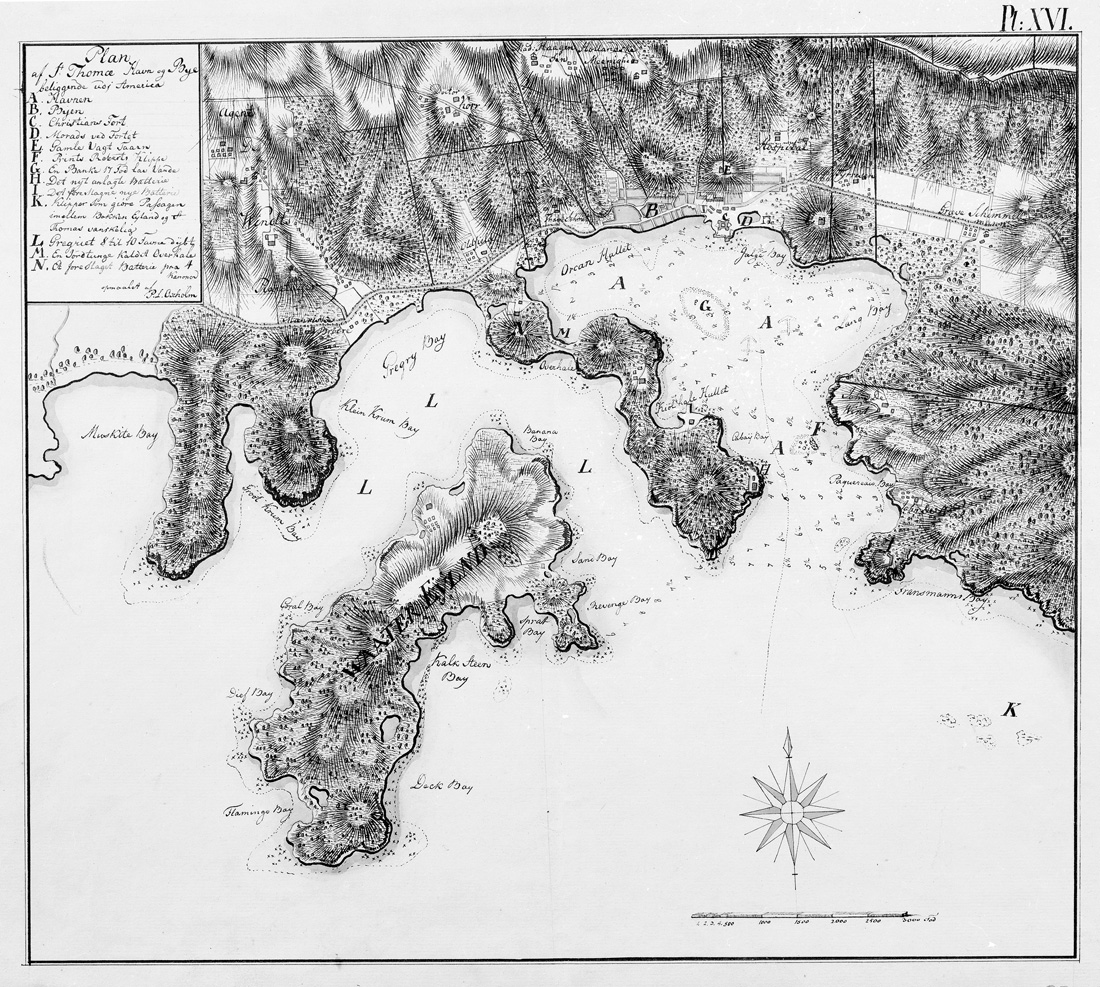 During the 1700s, St. Thomas developed into a significant player within the Caribbean mercantile community.   Danish neutrality favored this development and, in 1776, the Danes became the second nation to recognize the struggling new nation of America by firing a salute to an American brig, the Nancy, which had loaded powder and shot for the revolting Americans.

Increased privateering and smuggling during this time demanded heightened military presence in the region.  By the late 1700s, the Danish government had recognized Hassel Island’s strategic location in St. Thomas’ harbor and began surveying the island for military use.

In  1780, Lieutenant Peter Lotharius Oxholm completed a large mapping project in the Danish West Indies.  From his surveys, he evaluated possible key sites for fortifications on Hassel Island.  Oxholm’s recommendations noted the north and south peaks of the peninsula, as well as the southeastern tip, then known as Magen’s Point, as strategic defensive locations.  By 1780, Prince Frederik’s Battery is visible on maps (such as Oxholm’s map above).   Oxholm’s two other designated locations were utilized more than twenty years later by occupying British forces.

The Burning Of A Pirate Ship LA TROMPEUSE in The Harbor Of St. Thomas July 31, 1683 by Isidor Paiewonsky