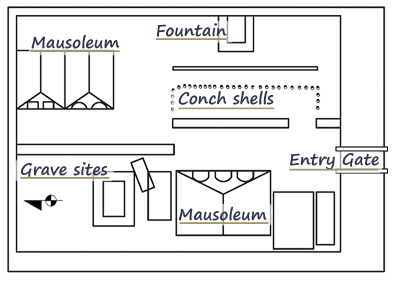 Plan diagramming the layout and major features of the cemetery

The Hazzell family used the cemetery during the 19th century.  The headstones for the graves of James Hazzell Jr. and Richard Newton, his son in-law, are still in place and legible.  The cemetery was vandalized in the 20th century, so much of its history remains unknown.

The site has undergone significant preservation work by the National Park Service in 2012.

The following images show the current preserved state of the cemetery: 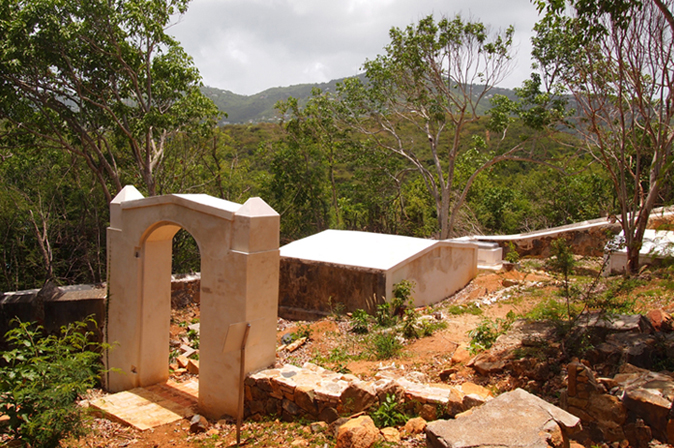 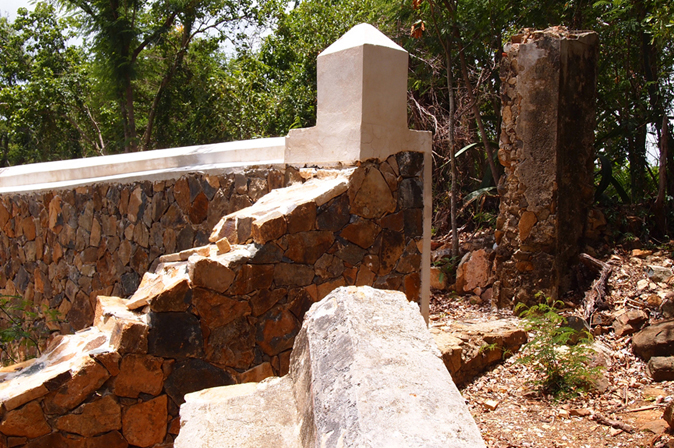 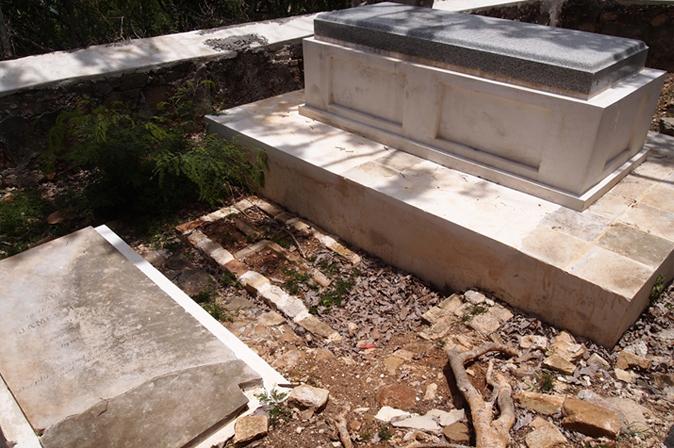 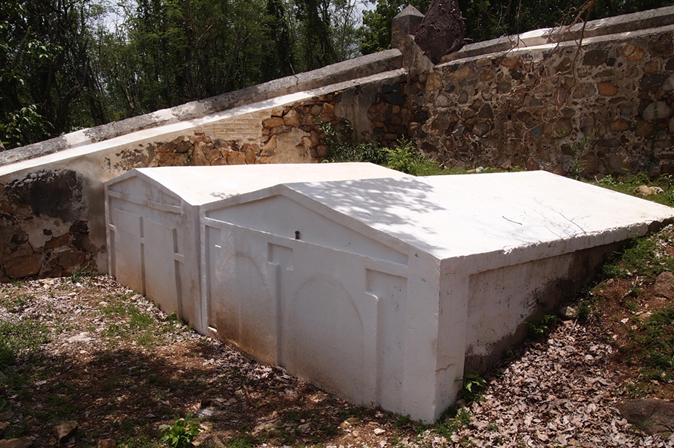