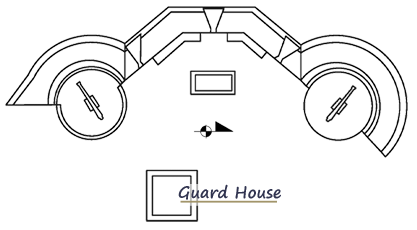 In the late 1770s, when the Virgin Islands were still under Danish rule, Lt. Peter Lotharius Oxholm scouted out several locations on Hassel Island that would be key points for defensive fortifications.  His suggestions for strategic positions included the North and South peaks of the island along with a site on the southeast coast where Prince Frederik’s Battery was  constructed.

Shipley’s Battery commanded the western approaches via the Gregerie Channel.  The semi-circular layout allowed for defensive views of the waters and embrasures for weapons.   Despite the drawing above, explained below, the battery was designed to house 5 cannons, and included portable magazines.  The remains of a guardhouse are located slightly east of the main structure.  After the end of the second British occupation and conclusion of the Napoleonic Wars in the Danish West Indies in 1815, the guardhouse was transformed into a smallpox hospital. 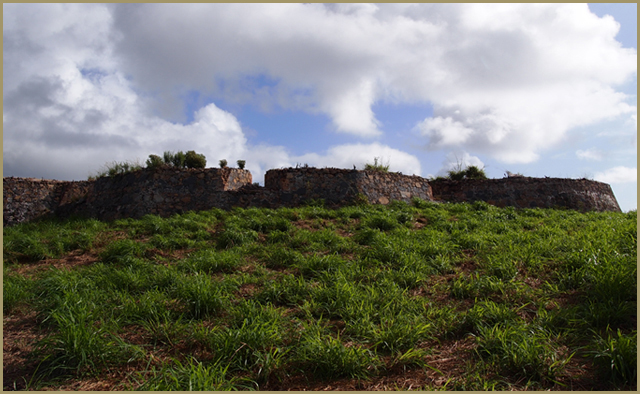 View of the west face of the battery 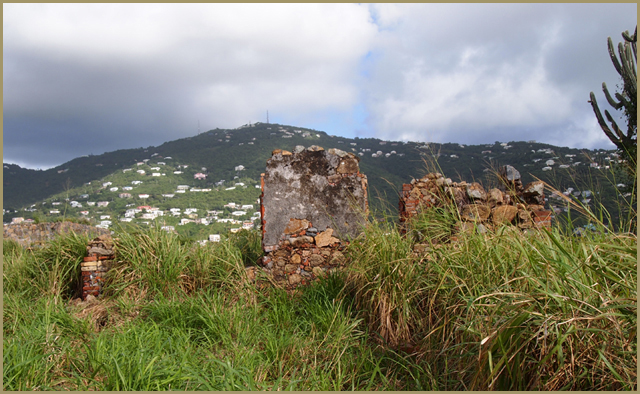 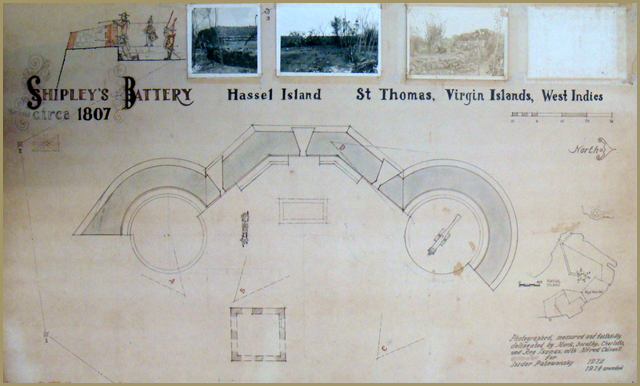