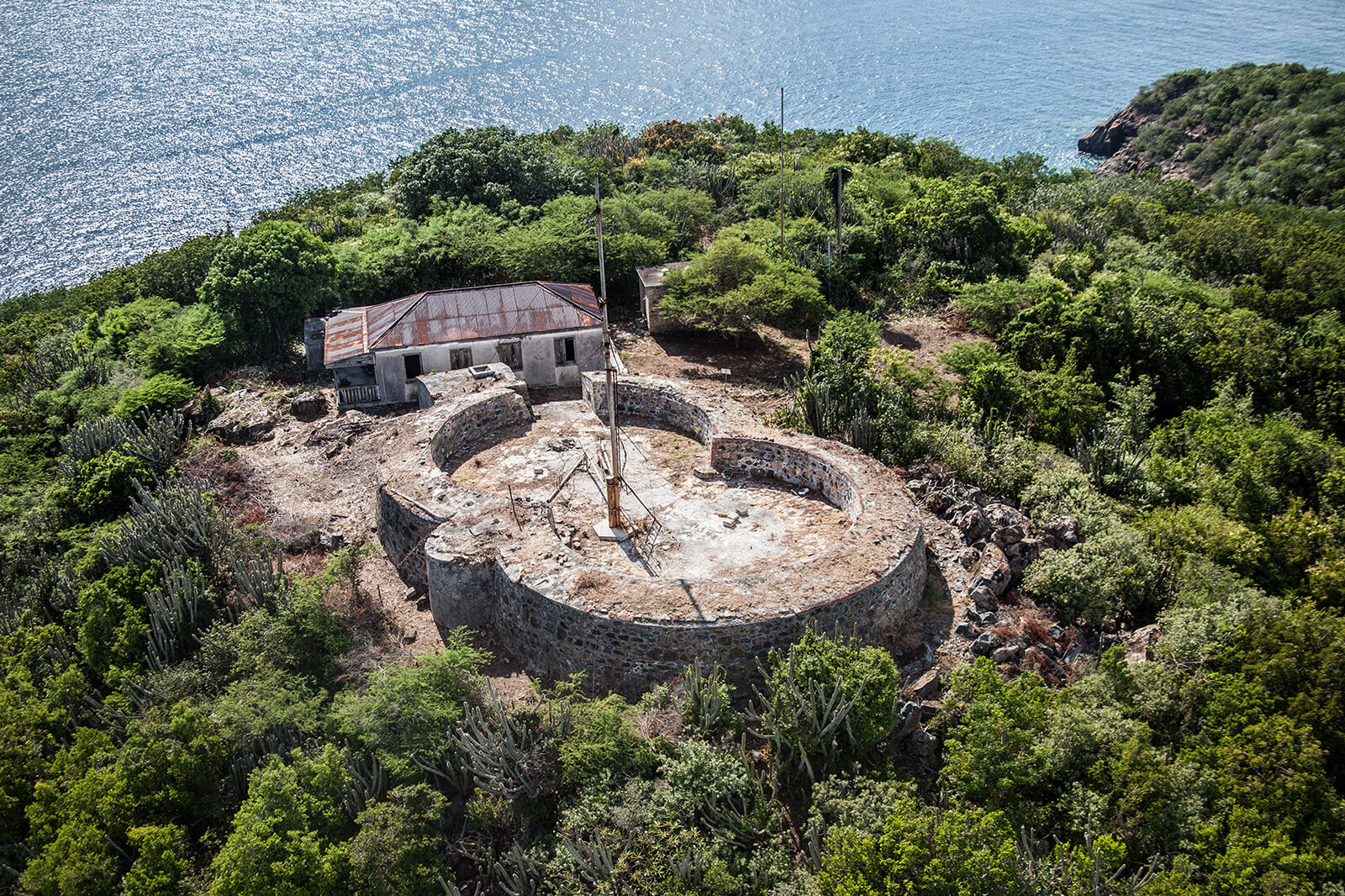 Cowell’s Battery was constructed during the first British occupation of the Danish West Indies in 1801 to further fortify Hassel Island and create a strategic defensive lookout for the British forces. The battery occupies the southernmost peak of Hassel Island, a key defensive point first noted by Danish Army Lt. Peter Oxholm in 1780. This high southern site together with Ft. Willoughby (Prince Frederick’s Battery) guaranteed full defensive coverage of the harbor entrance. It was fortified with two 24lb naval cannon, weighing 5500lbs each, which had to be brought up the hill manually and mounted on carriages in the battery. Unfortunately, all evidence of the quarters for the soldiers manning the battery have disappeared.

In the later 1800s, the site was transformed into a Signal Station, with a tall mast erected in the battery using balls and squares to signal to town the nature of incoming or passing marine traffic. This included the construction of quarters for the signalling crew, and in the 1950s, flush toilets! There were also two signal cannons to draw attention to the signals. The battery as signal station and the codes are shown below. 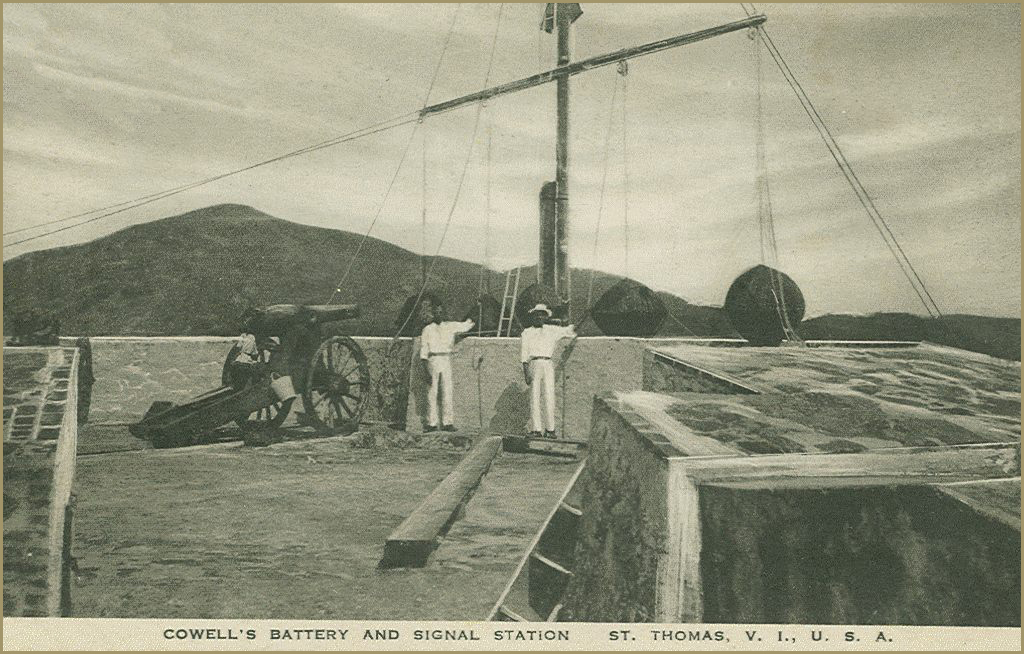 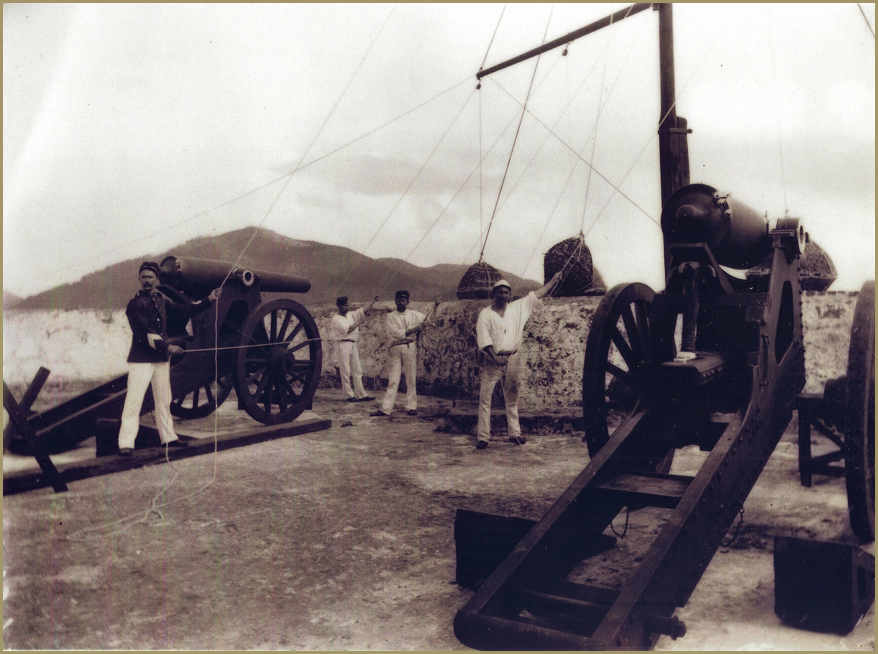 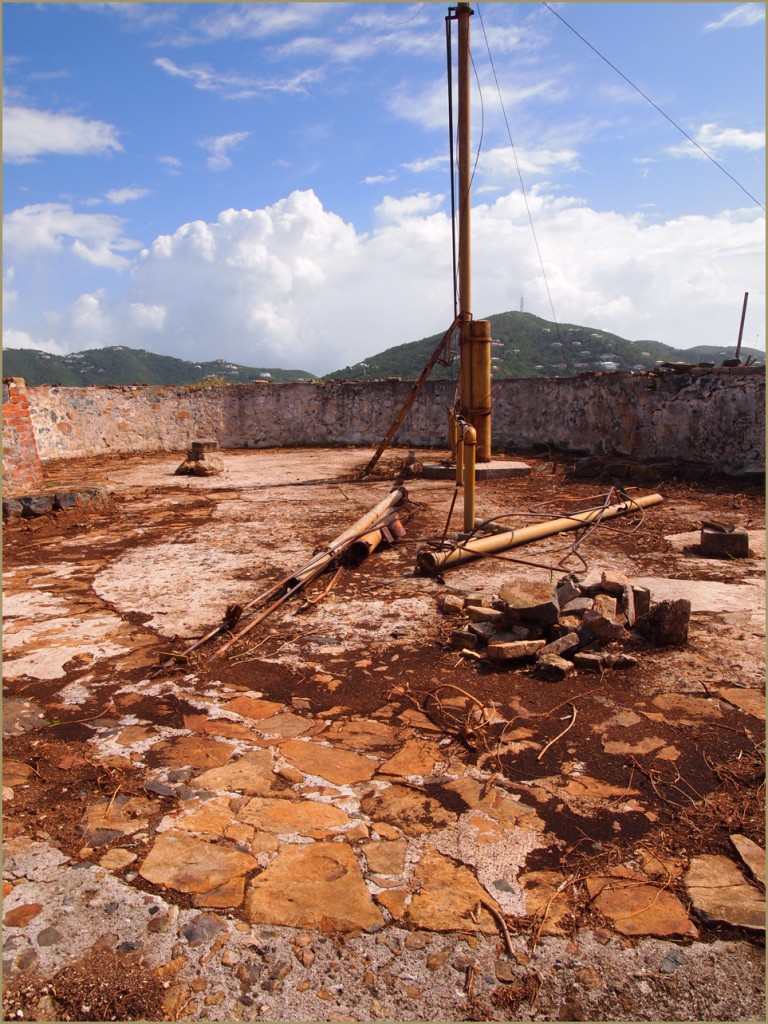 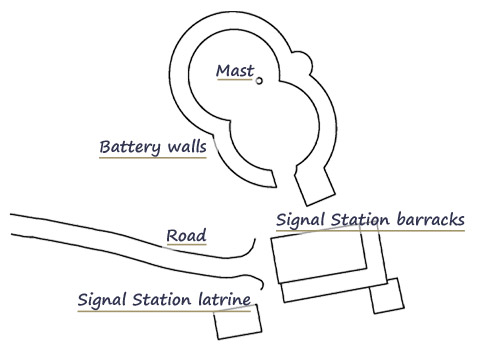 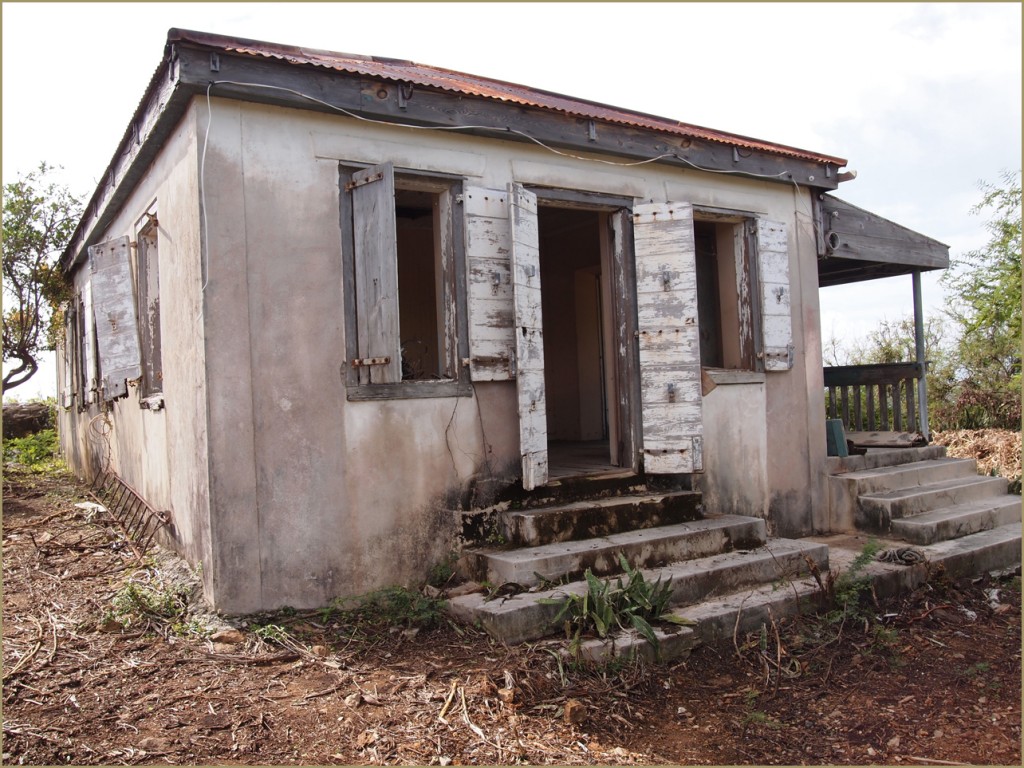 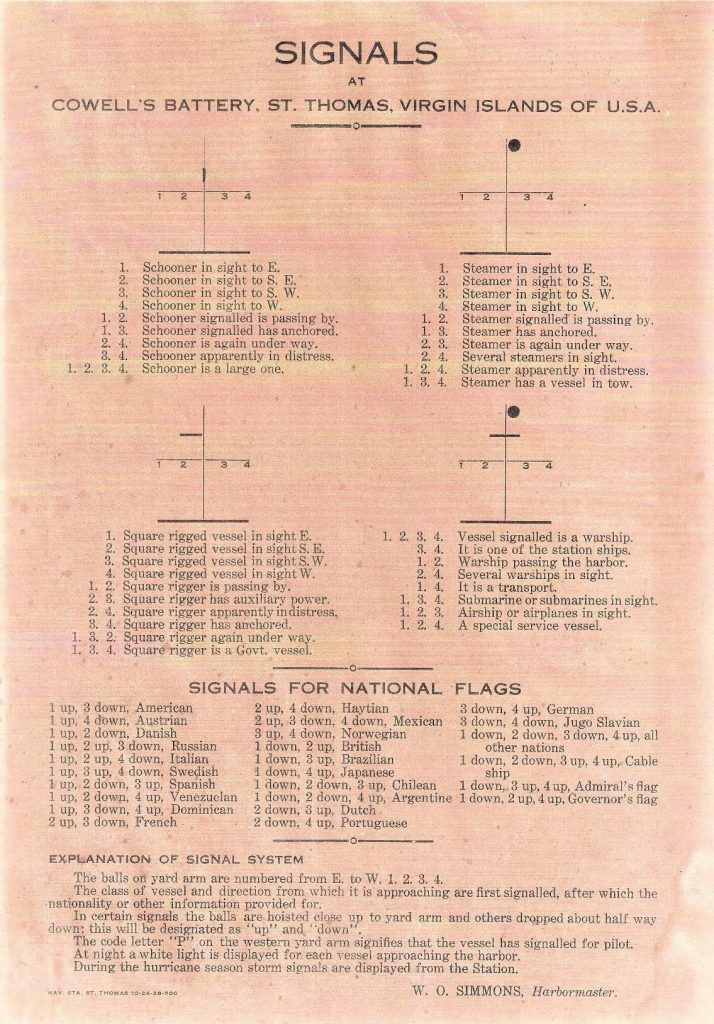