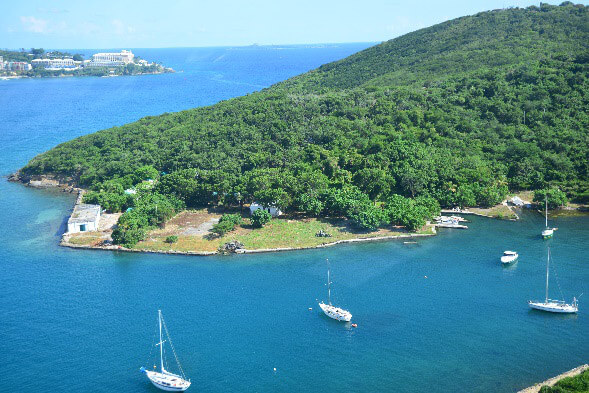 Current view of the site

The German transatlantic shipping company, Hamburg America Line, was established in 1847.  Initially the company served central Europe to North America routes, but its success lead to expanded routes across the globe.  In 1871, HAL, or HAPAG in German, established a hub in Careening Cove on Hassel Island to develop Caribbean trade routes.

The shipping company has remained successful through the years, as they still operate today under the name Hapag-Lloyd.

The Hamburg America Line complex on Hassel Island was seized when the US purchased the Virgin Islands from the Danes in 1917.  It was then used as a station for the U.S. Navy. 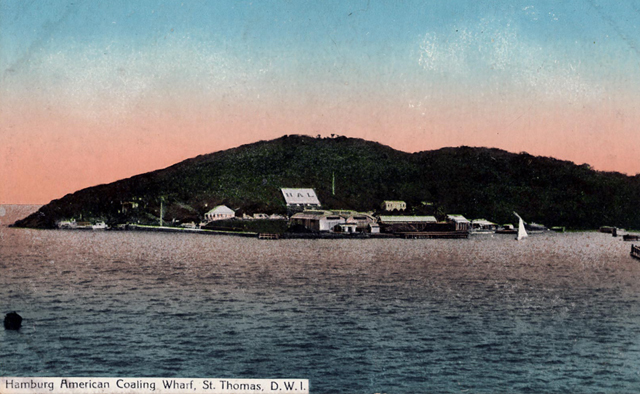 View of the HAL complex from across the harbor 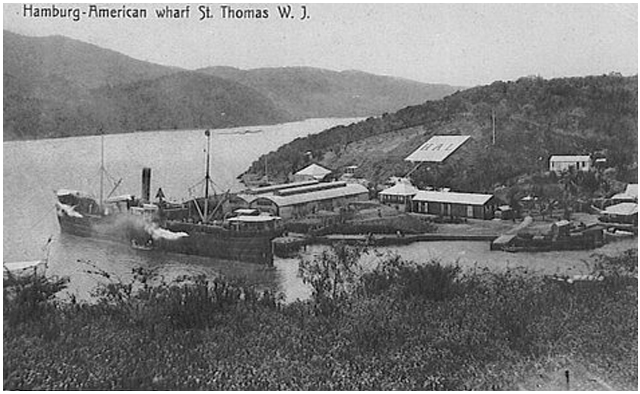 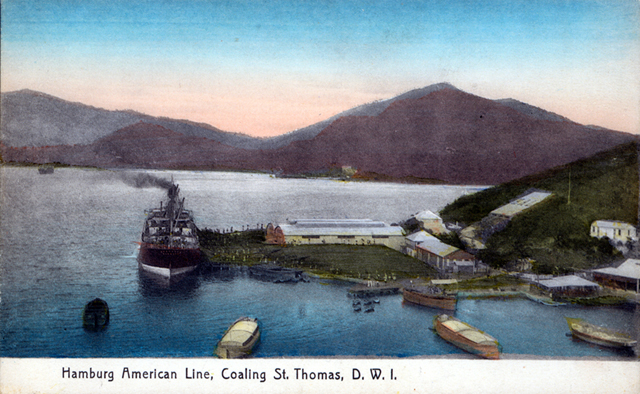 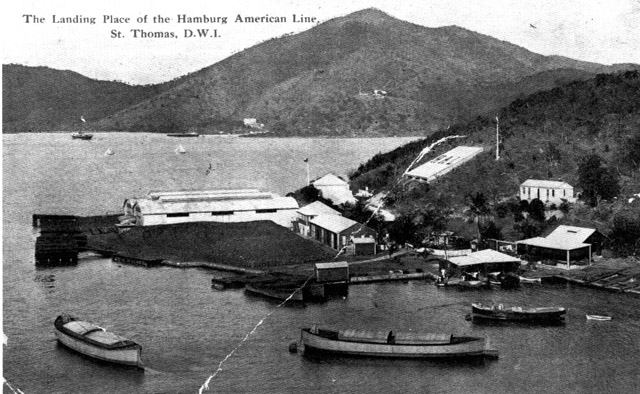